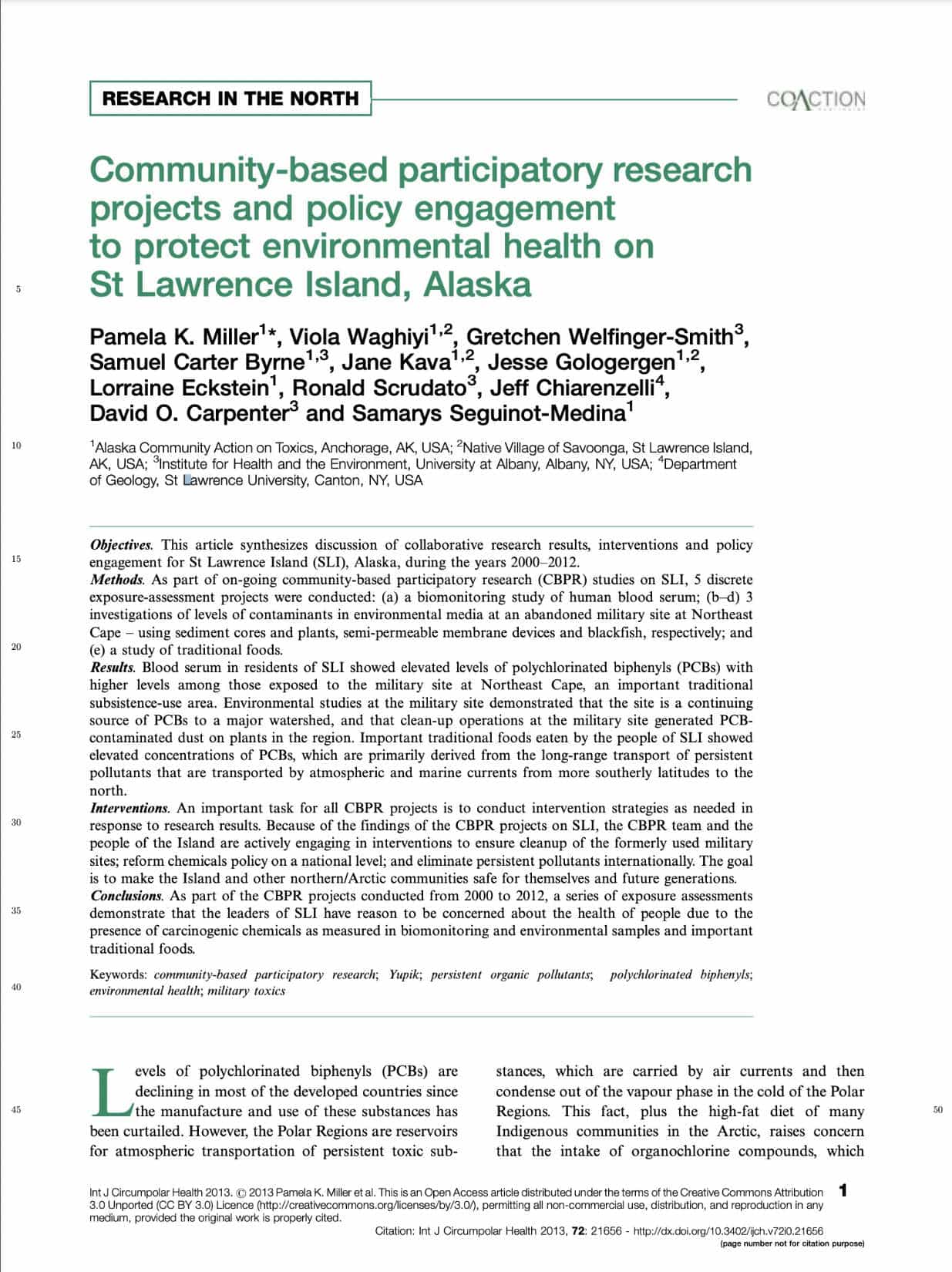 Results. Blood serum in residents of SLI showed elevated levels of polychlorinated biphenyls (PCBs) with higher levels among those exposed to the military site at Northeast Cape, an important traditional subsistence-use area. Environmental studies at the military site demonstrated that the site is a continuing source of PCBs to a major watershed, and that clean-up operations at the military site generated PCB- 25 contaminated dust on plants in the region. Important traditional foods eaten by the people of SLI showed elevated concentrations of PCBs, which are primarily derived from the long-range transport of persistent pollutants that are transported by atmospheric and marine currents from more southerly latitudes to the north.

Interventions. An important task for all CBPR projects is to conduct intervention strategies as needed in response to research results. Because of the findings of the CBPR projects on SLI, the CBPR team and the people of the Island are actively engaging in interventions to ensure cleanup of the formerly used military sites; reform chemicals policy on a national level; and eliminate persistent pollutants internationally. The goal is to make the Island and other northern/Arctic communities safe for themselves and future generations.

Conclusions. As part of the CBPR projects conducted from 2000 to 2012, a series of exposure assessments demonstrate that the leaders of SLI have reason to be concerned about the health of people due to the presence of carcinogenic chemicals as measured in biomonitoring and environmental samples and important traditional foods