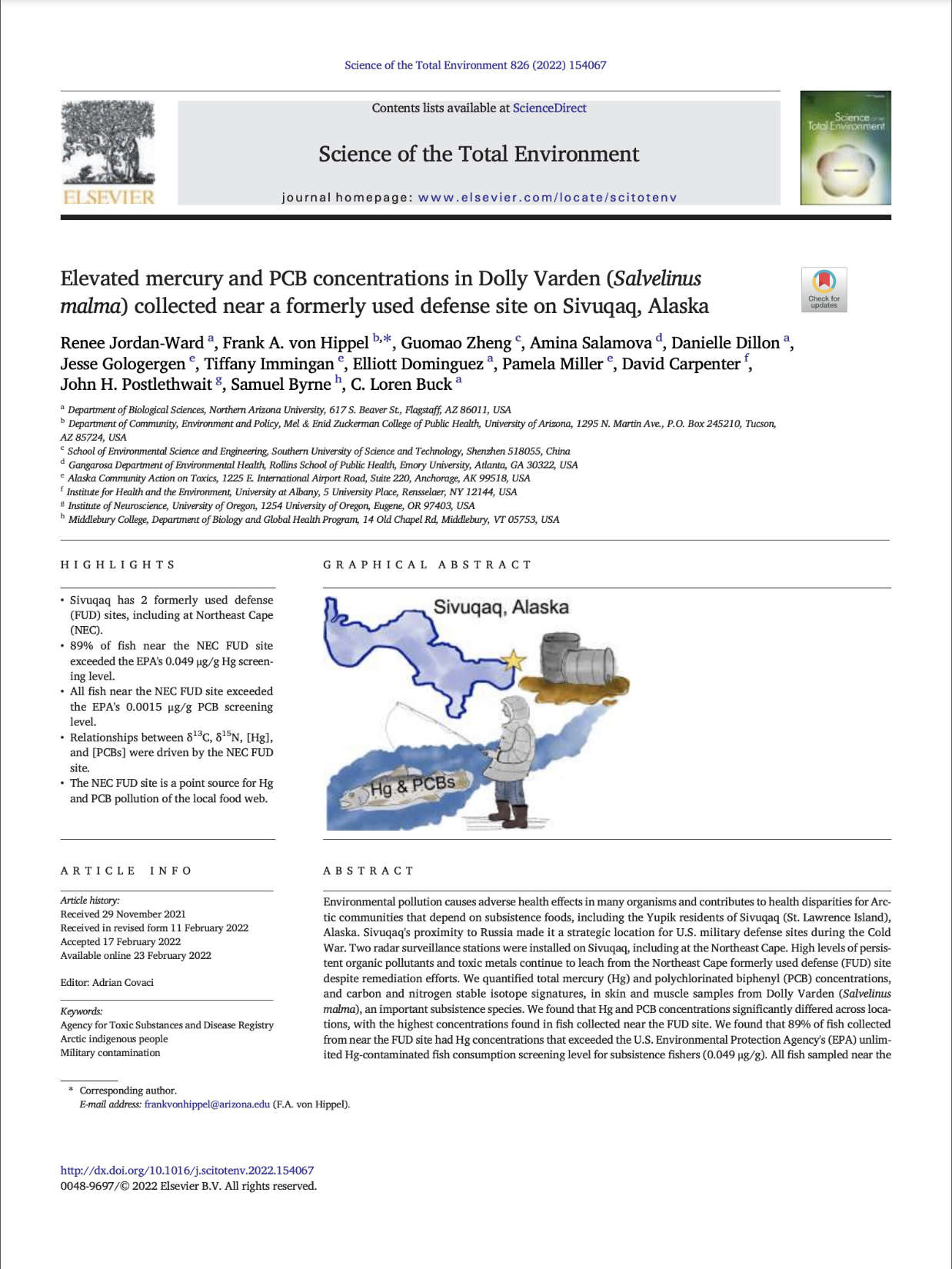 Environmental pollution causes adverse health effects in many organisms and contributes to health disparities for Arctic communities that depend on subsistence foods, including the Yupik residents of Sivuqaq (St. Lawrence Island), Alaska. Sivuqaq’s proximity to Russia made it a strategic location for U.S. military defense sites during the Cold War. Two radar surveillance stations were installed on Sivuqaq, including at the Northeast Cape. High levels of persistent organic pollutants and toxic metals continue to leach from the Northeast Cape formerly used defense (FUD) site despite remediation efforts. We quantified total mercury (Hg) and polychlorinated biphenyl (PCB) concentrations, and carbon and nitrogen stable isotope signatures, in skin and muscle samples from Dolly Varden (Salvelinus malma), an important subsistence species. We found that Hg and PCB concentrations significantly differed across locations, with the highest concentrations found in fish collected near the FUD site. We found that 89% of fish collected from near the FUD site had Hg concentrations that exceeded the U.S. Environmental Protection Agency’s (EPA) unlimited Hg-contaminated fish consumption screening level for subsistence fishers (0.049 μg/g). All fish sampled near the FUD site exceeded the EPA’s PCB guidelines for cancer risk for unrestricted human consumption (0.0015 μg/g ww). Both Hg and PCB concentrations had a significant negative correlation with δ13C when sites receiving input from the FUD site were included in the analysis, but these relationships were insignificant when input sites were excluded. δ15N had a significant negative correlation with Hg concentration, but not with PCB concentration. These results suggest that the Northeast Cape FUD site remains a point source of Hg and PCB pollution and contributes to higher concentrations in resident fish, including subsistence species. Moreover, elevated Hg and PCB levels in fish near the FUD site may pose a health risk for Sivuqaq residents.