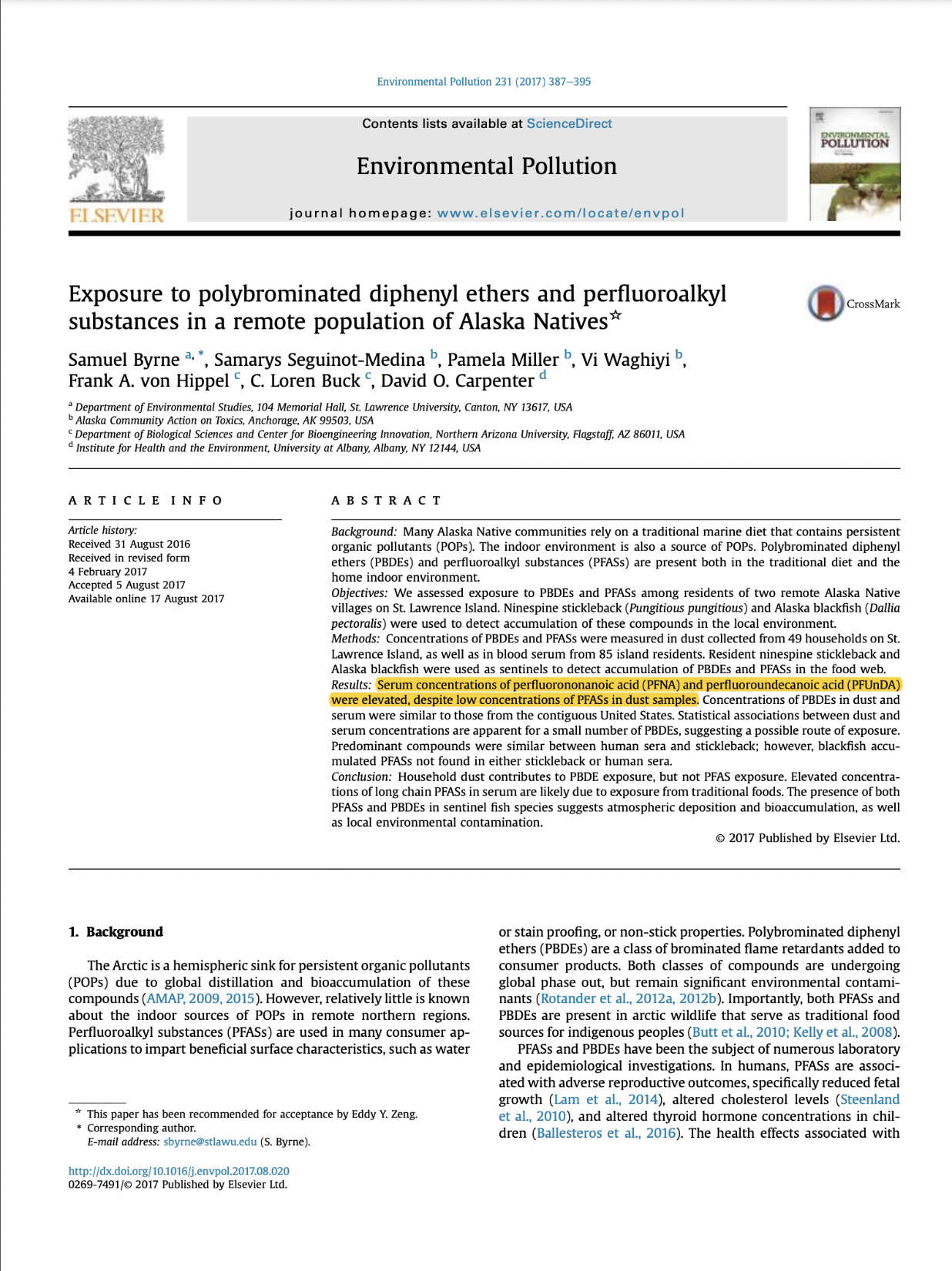 Background: Many Alaska Native communities rely on a traditional marine diet that contains persistent organic pollutants (POPs). The indoor environment is also a source of POPs. Polybrominated diphenyl ethers (PBDEs) and perfluoroalkyl substances (PFASs) are present both in the traditional diet and the home indoor environment.

Objectives: We assessed exposure to PBDEs and PFASs among residents of two remote Alaska Native villages on St. Lawrence Island. Ninespine stickleback (Pungitious pungitious) and Alaska blackfish (Dallia pectoralis) were used to detect accumulation of these compounds in the local environment. Methods: Concentrations of PBDEs and PFASs were measured in dust collected from 49 households on St. Lawrence Island, as well as in blood serum from 85 island residents. Resident ninespine stickleback and Alaska blackfish were used as sentinels to detect accumulation of PBDEs and PFASs in the food web. Results: Serum concentrations of perfluorononanoic acid (PFNA) and perfluoroundecanoic acid (PFUnDA) were elevated, despite low concentrations of PFASs in dust samples. Concentrations of PBDEs in dust and serum were similar to those from the contiguous United States. Statistical associations between dust and serum concentrations are apparent for a small number of PBDEs, suggesting a possible route of exposure. Predominant compounds were similar between human sera and stickleback; however, blackfish accumulated PFASs not found in either stickleback or human sera.

Conclusion: Household dust contributes to PBDE exposure, but not PFAS exposure. Elevated concentrations of long chain PFASs in serum are likely due to exposure from traditional foods. The presence of both PFASs and PBDEs in sentinel fish species suggests atmospheric deposition and bioaccumulation, as well as local environmental contamination.