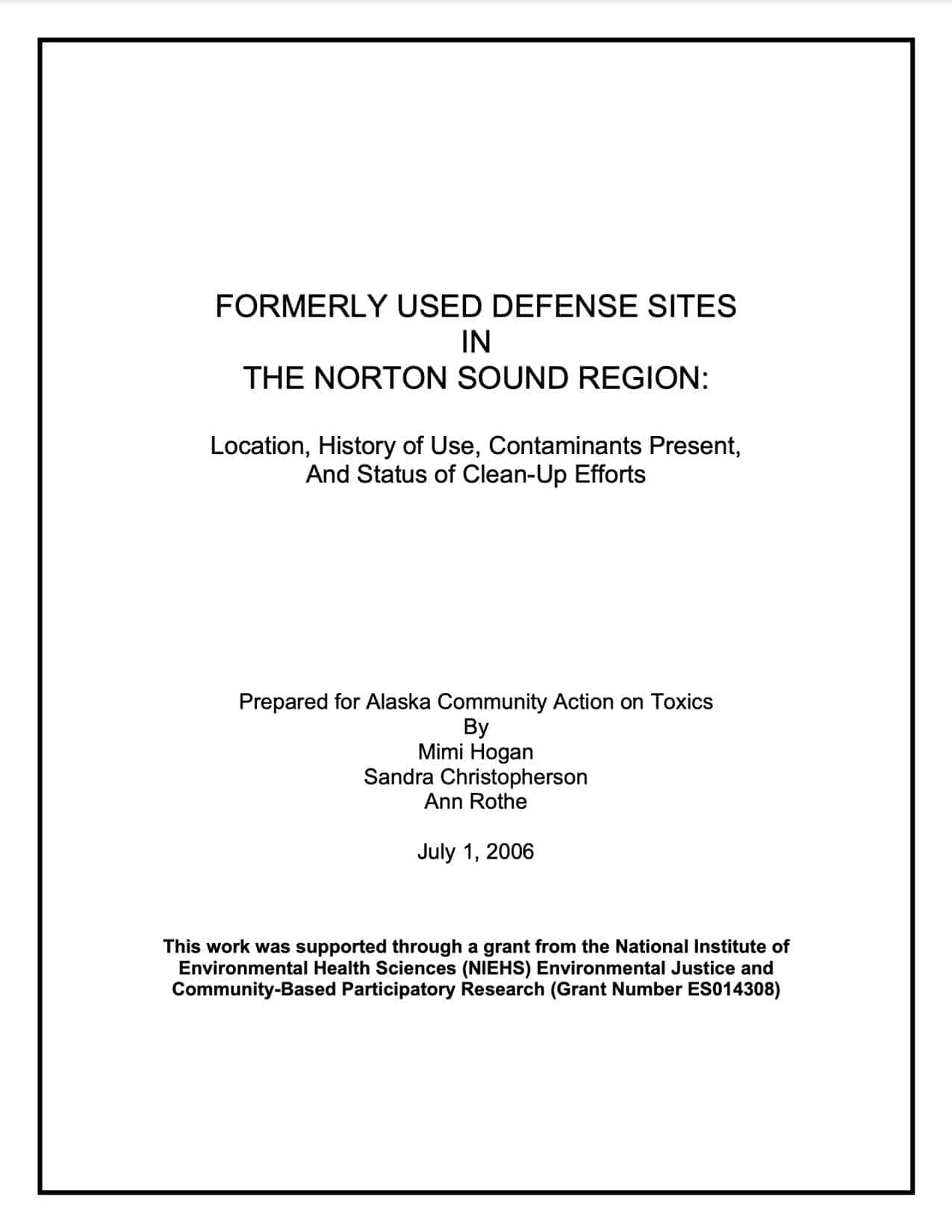 The end of the Cold War and the drawdown of the military in Alaska meant a number of closed and abandoned military facilities. One of the main causes for the closing of the facilities was new technologies that replaced obsolete systems. The White Alice system was state of the art when begun in 1955 but became obsolete with satellite communications.

When the military closed and abandoned facilities, they left behind equipment and supplies which included: containers of hazardous substances such as brake fluid; fuel drums containing petroleum products; anti-freeze; containers of Polychlorinated Biphenyls (PCBs); above and underground fuel tanks; and transformers containing PCBs.

The Defense Environmental Restoration Program –Formerly Used Defense Sites (DERP-FUDS) program has funding available for demolition. A FUDS clean-up program was initiated in 1984 and is currently funded by the U. S. Department of Defense (DoD) and administered by the U.S. Army Corp of Engineers (Corps or USACE). There are about two dozen FUDS in the Norton Sound region. Many of the sites are close to 5 villages and traditional hunting and fishing grounds. The FUDS program is underfunded and is often slow and incomplete.