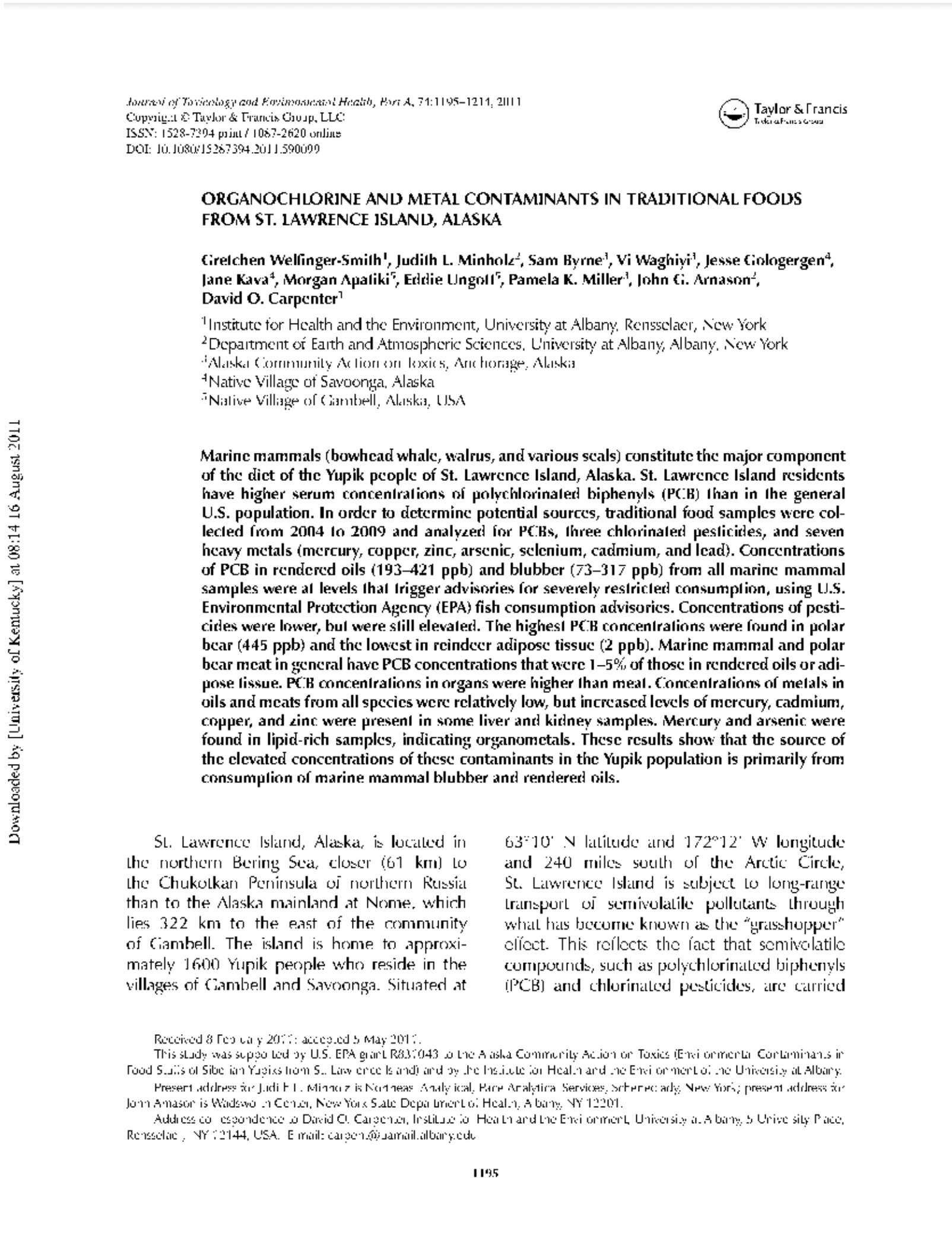 Marine mammals (bowhead whale, walrus, and various seals) constitute the major component of the diet of the Yupik people of St. Lawrence Island, Alaska. St. Lawrence Island residents have higher serum concentrations of polychlorinated biphenyls (PCB) than in the general U.S. population. In order to determine potential sources, traditional food samples were collected from 2004 to 2009 and analyzed for PCBs, three chlorinated pesticides, and seven heavy metals (mercury, copper, zinc, arsenic, selenium, cadmium, and lead). Concentrations of PCB in rendered oils (193–421 ppb) and blubber (73–317 ppb) from all marine mammal samples were at levels that trigger advisories for severely restricted consumption, using U.S. Environmental Protection Agency (EPA) fish consumption advisories. Concentrations of pesticides were lower, but were still elevated. The highest PCB concentrations were found in polar bear (445 ppb) and the lowest in reindeer adipose tissue (2 ppb). Marine mammal and polar bear meat in general have PCB concentrations that were 1–5% of those in rendered oils or adipose tissue. PCB concentrations in organs were higher than meat. Concentrations of metals in oils and meats from all species were relatively low, but increased levels of mercury, cadmium, copper, and zinc were present in some liver and kidney samples. Mercury and arsenic were found in lipid-rich samples, indicating organometals. These results show that the source of the elevated concentrations of these contaminants in the Yupik population is primarily from consumption of marine mammal blubber and rendered oils.