Red Dog and Subsistence: Analysis of Reports on Elevated Levels of Heavy Metals in Plants Used for Subsistence Near Red Dog Mine, Alaska 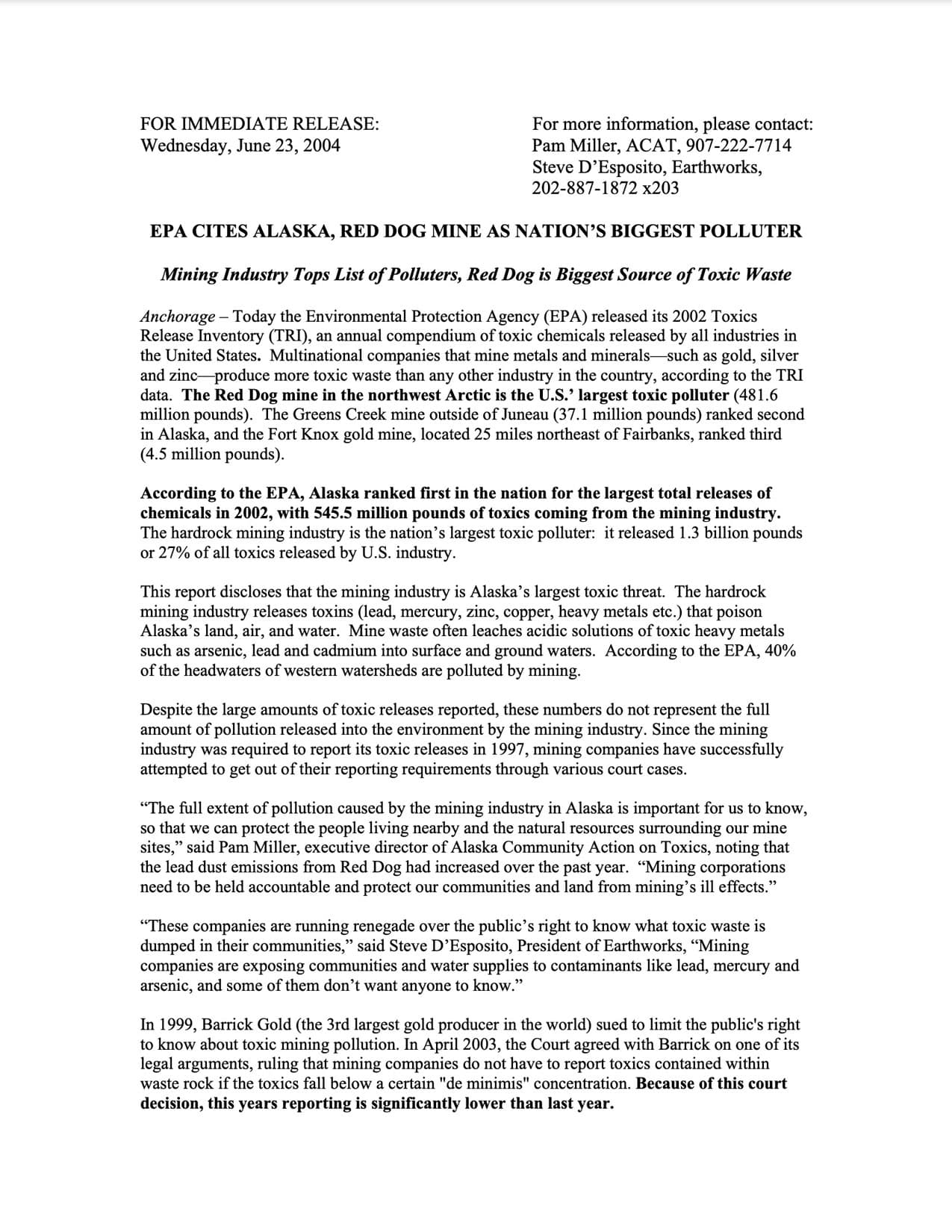 Today the Environmental Protection Agency (EPA) released its 2002 Toxics Release Inventory (TRI), an annual compendium of toxic chemicals released by all industries in the United States. Multinational companies that mine metals and minerals—such as gold, silver and zinc—produce more toxic waste than any other industry in the country, according to the TRI data. The Red Dog mine in the northwest Arctic is the U.S.’ largest toxic polluter (481.6 million pounds). The Greens Creek mine outside of Juneau (37.1 million pounds) ranked second in Alaska, and the Fort Knox gold mine, located 25 miles northeast of Fairbanks, ranked third (4.5 million pounds).

This report discloses that the mining industry is Alaska’s largest toxic threat. The hardrock mining industry releases toxins (lead, mercury, zinc, copper, heavy metals etc.) that poison Alaska’s land, air, and water. Mine waste often leaches acidic solutions of toxic heavy metals such as arsenic, lead and cadmium into surface and ground waters. According to the EPA, 40% of the headwaters of western watersheds are polluted by mining.