The Nuclear Reactor at Fort Greely 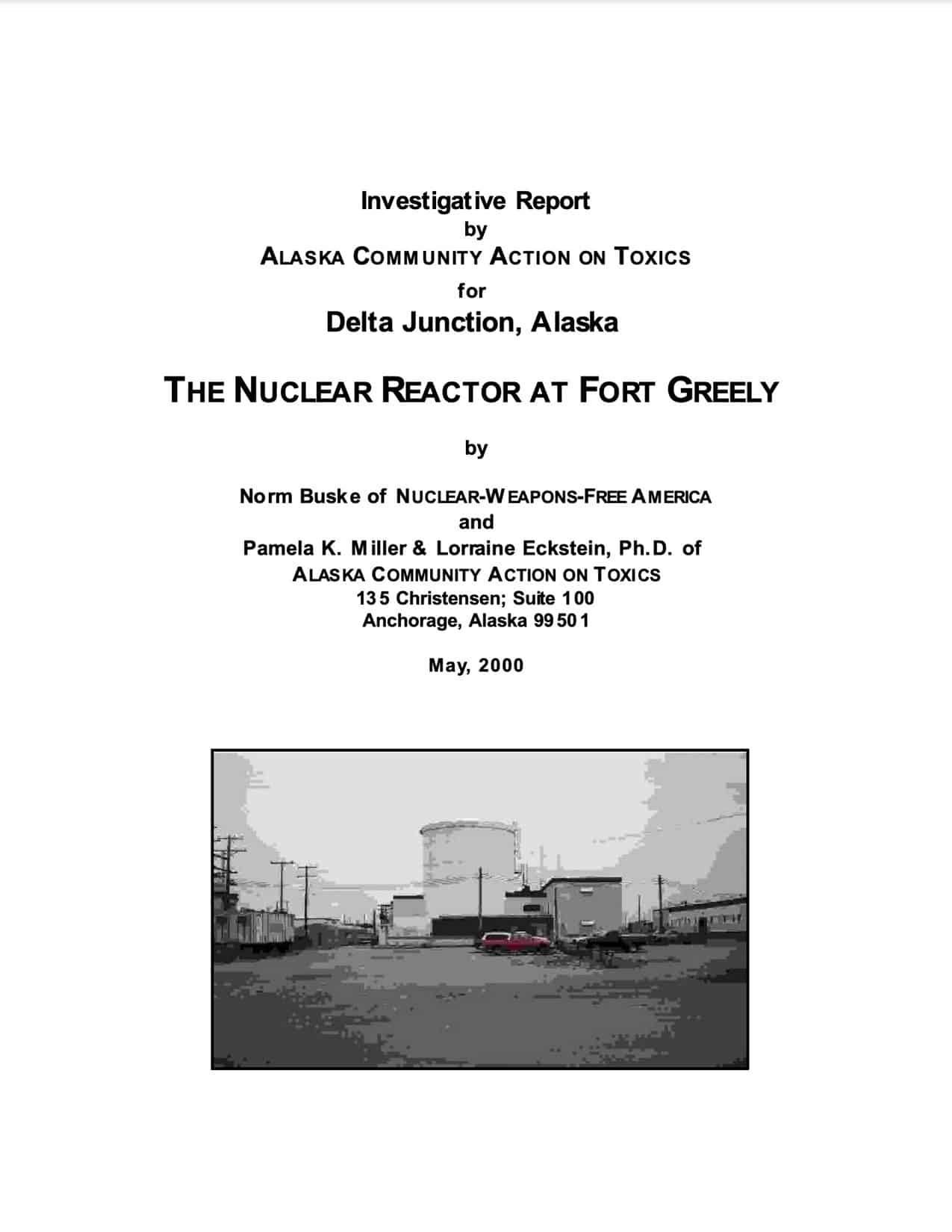 The U.S. Army is disguising the true mission of the nuclear reactor at Fort Greely, Alaska. Rather than a plant to provide heating and electricity to the base, the Fort Greely reactor was covertly designed and operated as a small pilot plant to produce special nuclear materials suitable for use in battlefield weapons. Although it is small, the Greely reactor is capable of causing great harm.

The Army conceals radioactive contamination at Fort Greely that affects workers, residents of nearby communities, and the environment. The cover-up is part of a larger strategy by the Department of Defense and Department of Energy to fool the public in an attempt to avoid accountability.

This report offers evidence to support these conclusions, as well as specific courses of action to remedy the damage done at Fort Greely and to make military and political leaders accountable to the public they serve.