Threats to Drinking Water and Public Health in Alaska – The Scope of the PFAS Problem, Consequences of Regulatory Inaction, and Recommendations 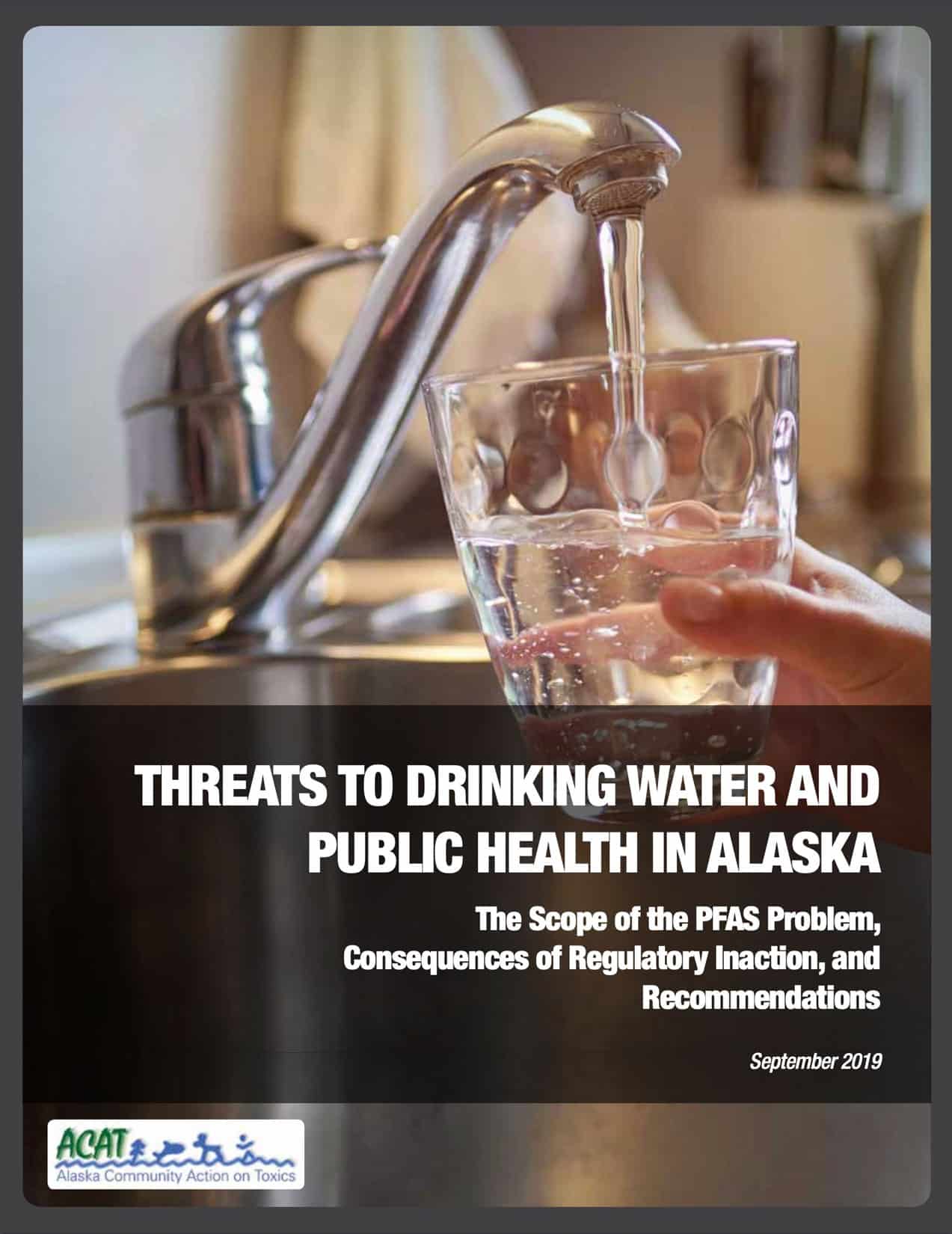 A virtually unregulated class of toxic chemicals is being discovered in drinking water across the nation and throughout Alaska. The widespread presence of per- and polyfluoroalkyl substances (PFAS) in the environment raises significant public health concerns that call for immediate and definitive regulatory action to prevent further exposures.

PFAS were developed beginning in the 1940s and today the class of chemicals includes nearly 5,000 compounds. PFAS were developed for their useful commercial and industrial properties: they resist heat, oil and water. These same attributes make PFAS extremely resistant to environmental degradation, earning them the name “forever chemicals.” PFAS bioaccumulate and are toxic. PFAS are used in many consumer products, including: nonstick cookware, food packaging, waterproof clothing and gear, stain-resistant furniture and carpeting, and personal care products. PFAS are also found in a type of firefighting agent known as aqueous film forming foam (AFFF) used at airports, military installations, oil and gas facilities, fire training centers and other locations to extinguish petroleum and other flammable liquid (known as Class B) fires.

Alaska is in the early stages of investigating known and suspected sources of PFAS contamination to evaluate the potential for impacts to drinking water. To date, PFAS have been discovered at over 100 individual sites (mostly “AFFF source areas”) in nearly 30 locations since the U.S. Department of Defense and State of Alaska first began investigating PFAS contamination. Ten Alaska communities have PFAS in their drinking water at levels deemed unsafe by the U.S. Environmental Protection Agency (EPA) and it is likely that the number of communities with contaminated water will grow as more sampling is conducted throughout the state.

The purpose of this report is to aid Alaskans as well as state and federal policymakers in making informed decisions to protect current and future generations from continued exposure to the PFAS class of chemicals. The information presented here was obtained through a review of the peer-reviewed scientific literature, hundreds of documents obtained through public records requests, and interviews with scientists and agency personnel.