Nuclear Flashback: The Return to Amchitka 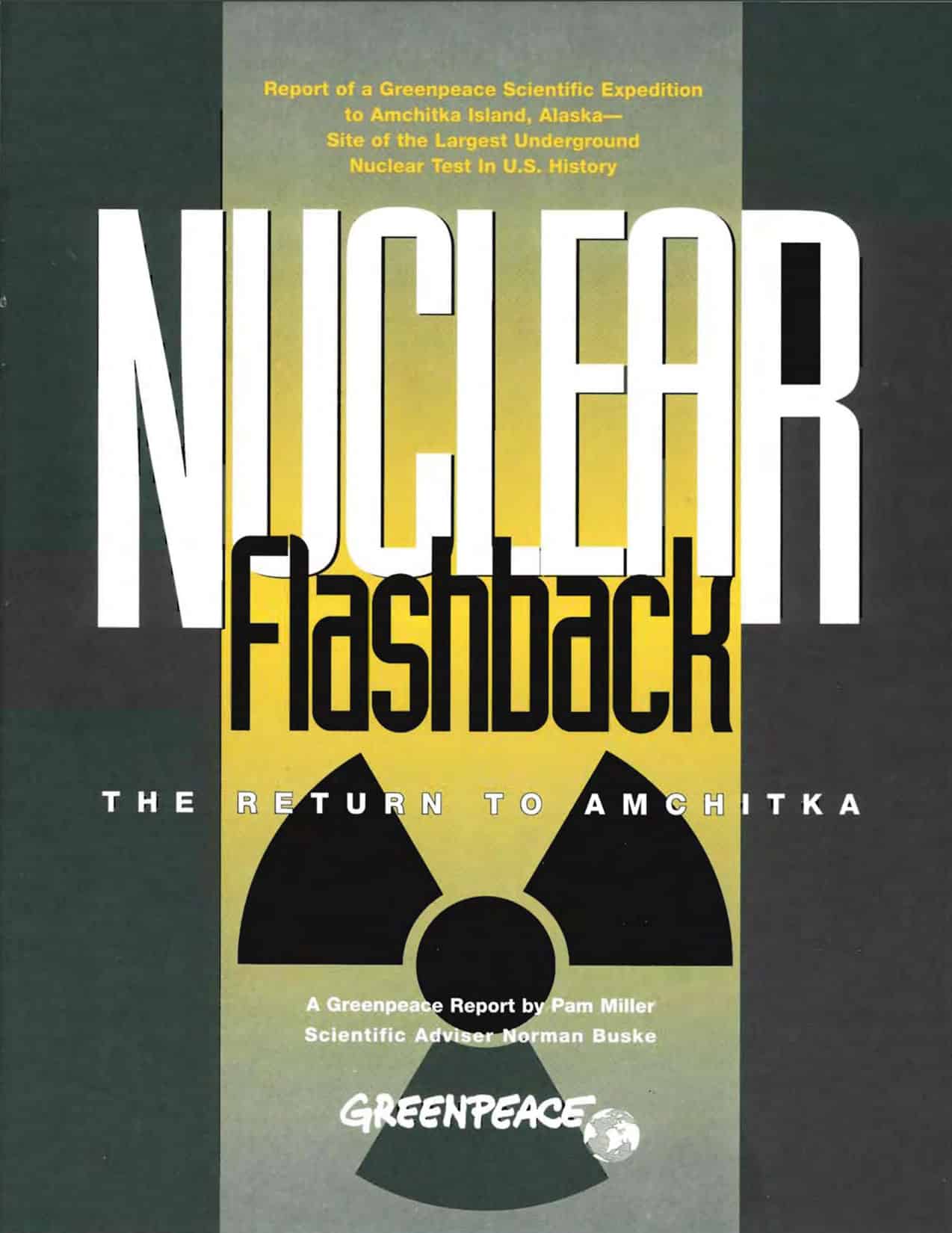 The Cannikin nuclear test site on Amchitka, site of the largest underground nuclear explosion in U.S. history, is leaking long-lived transuranic radioactivity into the Bering Sea via White Alice Creek. Two biological samples taken by Greenpeace researchers from White Alice Creek down gradient from Cannikin reveal the presence of americium-241, a beta decay product of plutonium-241. Americium-241 in the environmental samples indicates the presence of plutonium isotopes in the groundwater-surface water system at Amchitka. One of the two stream samples contained plutonium-239/-240. The plutonium-239 used to trigger the Cannikin fusion explosion (possibly 9-11 pounds of plutonium-239)2 was co-produced with plutonium-240 and plutonium-241 in a nuclear reactor designed to create weapons-grade plutonium.

Cannikin leaks because of a design error that put too large an explosive too close to the land surface so that mechanical containment was breached within two days of the detonation. Leakage from the Cannikin site is probably extensive, involving groundwater pathways through fissures and through the bottom of Cannikin Lake.

Aggressive radiological and chemical monitoring is required to define the full extent of Cannikin leakage and to allow evaluation for remedial measures.

Long Shot leaks small amounts of long-lived radioactivity and should be added to the list of containment failures.

Those who protested the Cannikin nuclear explosion 25 years ago have been proven right by this Greenpeace study.