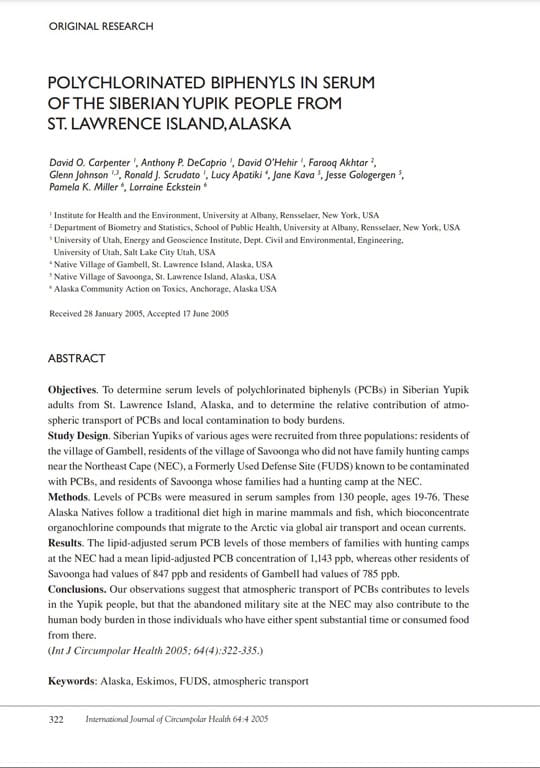 Objectives. To determine serum levels of polychlorinated biphenyls (PCBs) in Siberian Yupik adults from St. Lawrence Island, Alaska, and to determine the relative contribution of atmospheric transport of PCBs and local contamination to body burdens.

Methods. Levels of PCBs were measured in serum samples from 130 people, ages 19-76. These Alaska Natives follow a traditional diet high in marine mammals and fish, which bioconcentrate organochlorine compounds that migrate to the Arctic via global air transport and ocean currents.

Conclusions. Our observations suggest that atmospheric transport of PCBs contributes to levels in the Yupik people, but that the abandoned military site at the NEC may also contribute to the human body burden in those individuals who have either spent substantial time or consumed food from there.