Health Effects of Perinatal Exposures to BPA and Other Endocrine Disrupting Chemicals (EDCs): State of the Science and Policy Update 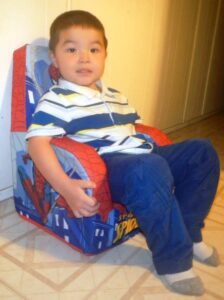 There is mounting evidence that exposure to endocrine disrupting chemicals (EDCs), especially during critical windows of fetal development, may have adverse health effects in adults. Bisphenol A (BPA) is a synthetic estrogen that is widely used in the production of polycarbonate (hard) plastics, linings of food and beverage cans, and thermal receipt paper. Exposure to BPA is widespread in humans and it has been detected in over 90% of urine samples in a study representative of the US general population. Research has linked BPA exposure to accelerated puberty, reduced fertility, obesity, heart disease, and an increased risk for cancer.

Dr. Nicole Acevedo, a researcher at Tufts University School of Medicine, has been studying the effects of perinatal exposures to BPA on the development of the rat mammary gland and is the lead author of a recent study that showed that perinatal exposure to BPA in rats, at levels comparable to those measured in human populations, may lead to the formation of cancerous tumors in the mammary gland. Dr. Acevedo discussed the state-of-the-science regarding EDCs and human health risks.

Concerns about the potentially negative health effects from exposure to BPA in consumer products have led 12 states and the District of Columbia to enact restrictions on BPA. Kathy Curtis, Executive Director of Clean and Healthy New York, discussed how – in the absence of adequate federal policy – individual states must lead the way in protecting pregnant women and children from exposures to BPA and other similarly dangerous chemicals.

Nicole Acevedo, PhD, is a Postdoctoral Researcher at Tufts University School of Medicine. Dr. Acevedo investigates how perinatal exposure to human-relevant internal doses of BPA is associated with the induction of mammary gland lesions and malignant tumors. Dr. Acevedo holds a doctorate in Molecular and Integrative Physiology from the University of Michigan School Of Medicine. Following completion of her doctoral degree, Dr. Acevedo worked as a clinical embryologist (Reproductive Science Center, Lexington, MA) prior to returning to academic research at Tufts University School of Medicine. Dr. Acevedo was selected as a fellow for the REACH the Decision Makers program from the University of California San Francisco Program on Reproductive Health and the Environment in 2013. She is a current member of The Endocrine Society, the Women’s Environmental Reproductive Health Consortium, and the Association for Women in Science.

Kathleen Curtis, LPN, is Executive Director of Clean and Healthy New York, which promotes safer chemicals, a sustainable economy and a healthier world. She has over twenty five years of experience in the environmental health movement, and is a widely recognized national leader. She is Clean and Healthy New York’s chief lobbyist and organizer, responsible for CHNY’s relationship with allies and policy makers. Her leadership has guided enactment of several state laws regulating toxic chemicals. She coordinates the JustGreen Partnership, the Alliance for Toxic-free Fire Safety and the Coming Clean Collaborative’s Policy Workgroup, a forum on local, state, national, international and market policy that protects people from toxic chemicals. She is also on the steering committees of the Safer Chemicals, Healthy Families Coalition and Alliance of Nurses for Healthy Environments.